Visit Loch Ness in Scotland: All you need to know ✅ Advice, Accomodation option, Activities, Prices... Exclusive offers up to -70% off ⭐.

Even without Nessie, the mythical creature that reportedly still lives in the cold depths of the loch, it would be an important feature. It is the largest lake in the UK by volume, thanks to its 230 metre depth, and as such, by itself, it holds more fresh water than all the lakes of England and Wales put together. It is a beautiful lake, and has only one island on it, Cherry Island, a small partially or wholly man-made islet just off the shore that is home to about two large pine trees with little room for anything else – although it did once hold a residence, probably built when the island was created or added to. Another crannog (partially or wholly man-made island), Dog Island, was fully submerged when the loch became part of the Caledonian Canal.

Loch Ness: The Best Things to See and Do

Drumnadrochit, a small town on the edge of the loch, huddled underneath soaring mountains, is home to the comprehensive Nessie Centre and Exhibition, where you can see the history of the region, from the earliest tales of the beast to sightings of all types, and even witness some of the most memorable Nessie hoaxes that were perpetrated for a laugh or for malice or simply to see what could be got away with! The centre also details the tremendous difficulties involved in mapping the loch due to its tremendous depths – which, of course, allows Nessie's existence to remain firmly in the realm of 'possible'! 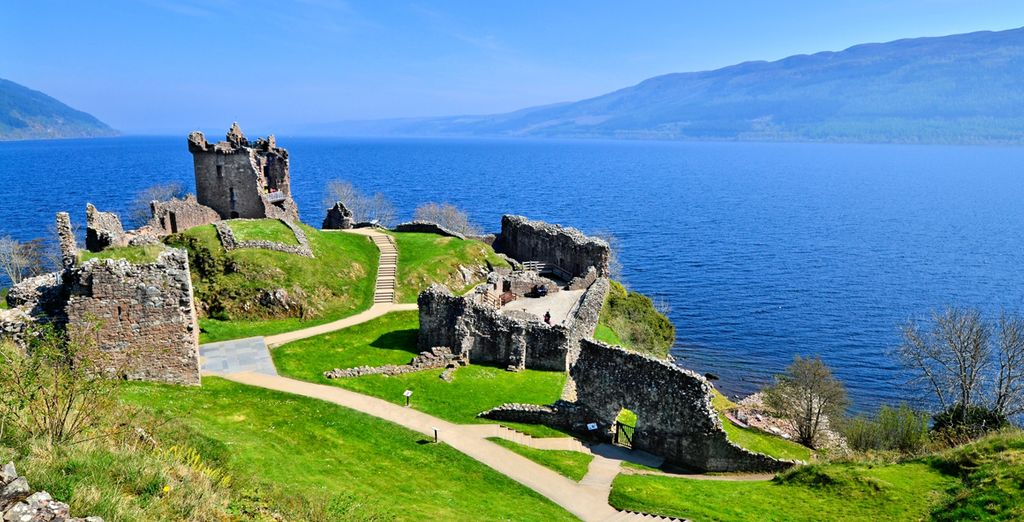 Right on the shore of the lake, this castle is almost entirely in ruins, with the shop and café being housed in purpose built modern edifices. The castle was built between 400 and 700 years ago, but it was erected on the site of an existing early medieval fortress. Used heavily until almost 1700, the castle then fell into deliberate disrepair – to prevent it being used by Jacobites in their efforts to put an English monarch on the Scottish throne again – in which state it remained until the 20th century, when the site was cleaned up, put into reasonable order and opened to the public. It is now one of the country's most popular sites, with tourists arriving in cars, coaches, on foot (from parking at nearby Drumnadrochit) and even by boat as tours pull in to the site on a regular basis throughout the day.

Towards the southernmost end of the loch, Fort William is a major tourist city and the second-most populous city in the Highlands thanks to the proximity in all directions of many Scottish attractions. These include Glen Coe, Ben Nevis, and Glenfinnan – and, of course, the loch! Many boat trips run across the water, from Fort William along the shore for some distance before turning, crossing the loch and returning to the town. Take the time to stroll through the town before or after your boat trip as there are often pipers to be admired, wearing full Scottish regalia as they play the bagpipes, as well as many other attractions.

Ease out of modern life by heading into a 19th century schoolroom and going further, into the 17th century where you will learn the answers to so many questions that you didn't even know you had! From the interior of a cosy turf house, to theatrical performances demonstrating the Highland way of doing things as well as showing the audience how a kilt really should be worn. The staff members throw themselves into the part, dressing up and staying in character for the duration of your visit as they educate you about the fascinating lives, complete with hardships and joys, that their distant ancestors used to lead. Then head into the gift shop where, as well as buying plenty of souvenirs, your education will continue with the plethora of unique and unusual mementoes on display.

Tumbling some 165 feet into the loch on the eastern side, this waterfall is one of the tall narrow falls that have an air of a lacy wedding veil about them, particularly when the wind blows the water into white frothy drifts that float down to the water's surface. The waterfall's Scottish name is Eas Na Smuide, which means 'the smoking falls'. The current slender fall of water was once much broader: the building of a water powered aluminium smelting plant in 1895 dramatically reduced the flow of the Foyers river into the loch. The plant closed in the 1970s and the site was converted to a hydroelectric plant. To best admire the falls, drive to Upper Foyers, where there is a car park and a small café, which is ideal for your return after the short but strenuous walk to the falls and back. Allow up to two hours for the trip, and be prepared for stony beaches, a lot of steps and uneven and steep stairs. Take a good, if waterproof, camera with you as the views are simply stunning all the way along, with great photo opportunities presenting themselves along the way.

Discovering Loch Ness: Where to Stay? 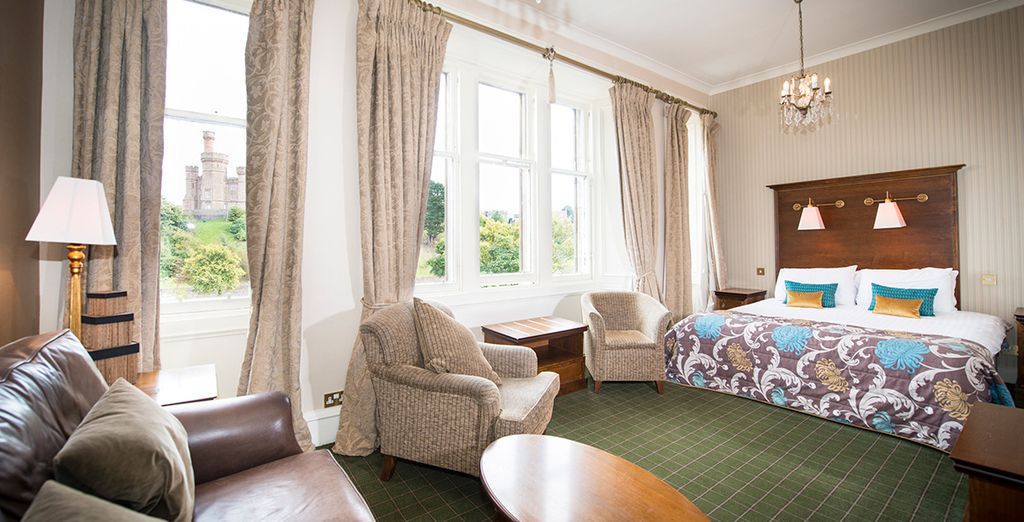 Just thirteen miles from the Loch, and set on the River Ness, this hotel is in the heart of Inverness, in a quiet area offering fabulous views over the river and Inverness Castle which is well worth a visit if you have the time to spare. Despite its aged and venerable exterior, the hotel is bright and modern inside, boasting eighty large and airy rooms, two eateries that serve delicious hot and cold food, and free Wi-Fi throughout, so you can plan your day. 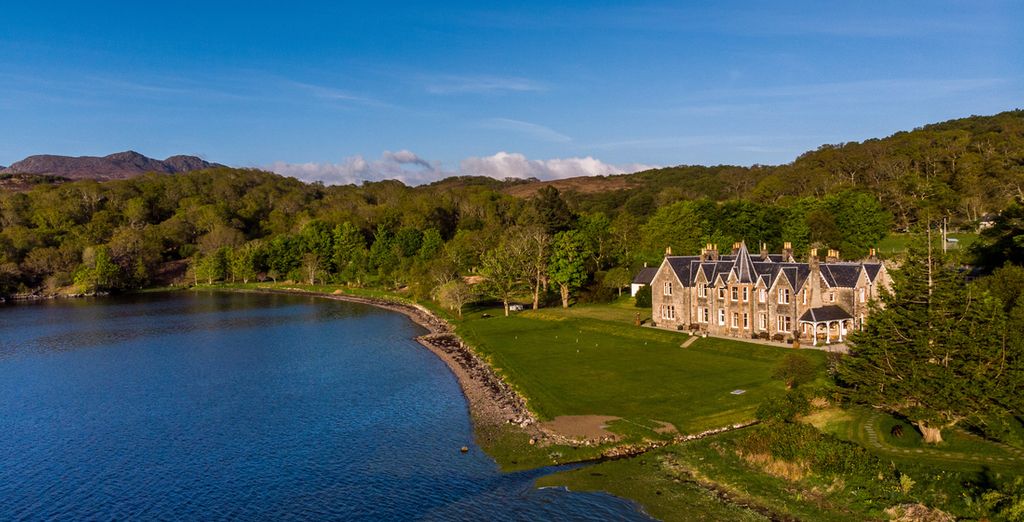 On the west coat of Scotland and a modest drive away from the Loch, this hotel is cosy, welcoming and recently refurbished hotel on the shores of the bay for which the hotel is named. Should you be rained or snowed into the hotel for any reason, you will find plenty to entertain yourselves with, including an immense collection of fine whiskies, an almost equally large gin offering and 26,000 acres of lovely woodlands surrounding the hotel where wonderful wildlife can be spotted. Socialise in the comfortable lounge or head to your room to relax and take a nap before dinner. 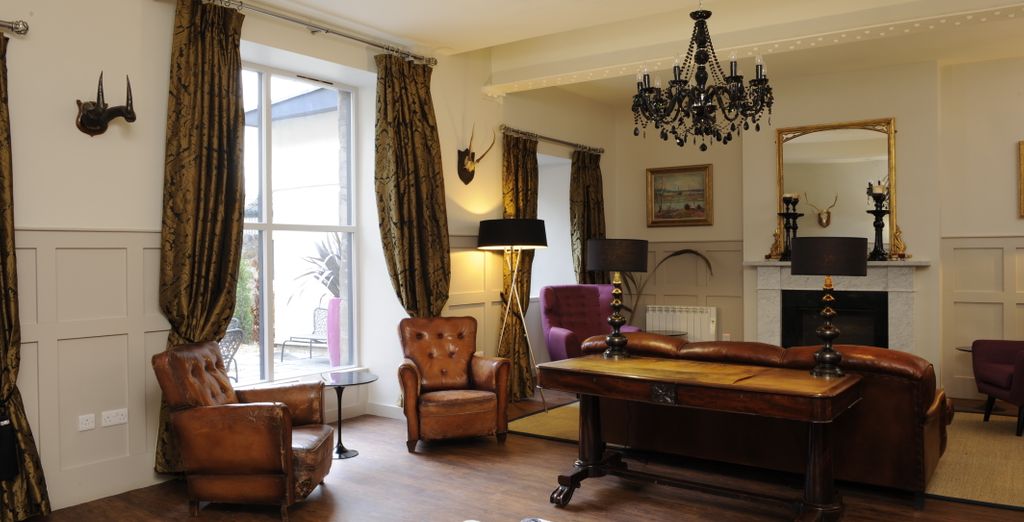 Perhaps the best way to ensure you capture the full flavour of a Scottish holiday is by touring through the country over a week or so, ensuring that you leave plenty of time to enjoy a visit to the loch along the way, perhaps even catching a boat across the loch to Urquhart Castle. You will stay in comfortable hotels as you travel and you can move across the country by train or simply follow the tour by driving yourself from city to city, admiring the countryside and stopping to enjoy small villages, unexpected tea rooms and other attractions along the way. 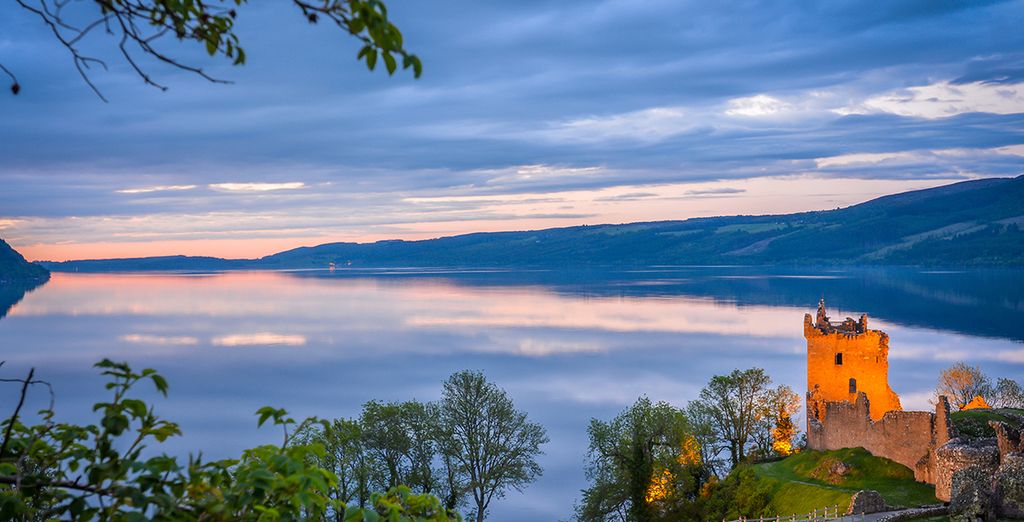 The ancient lake is a highly popular tourist destination despite the deceptively sleepy villages that are dotted around the shore. Do not be surprised if you see tourists from almost every country in the world, consulting their phone's translation apps and satnavs as they navigate their way to their chosen spot to Nessie-hunt.

When is the best time to go?

Between May and September, the weather in Scotland is warm and welcoming, and being so far north, the daylight lasts for hours. However, the downside is that Loch Ness's always busy tourist crowd becomes even busier and the more popular attractions can quickly become uncomfortably crowded as every pushes through to try to get the best view and snap a unique selfie for their social media feeds.

February to May and September to November can be a good time to visit Scotland and the loch: it will be cold but not icy, and most of the tourist crowds will be thinning out, leaving the place pleasantly busy without being claustrophobically so.

Even if you go on the hottest day, swimming in the loch is prohibited: the loch water is so cold that most people will get into severe difficulties within five minutes or so as their bodies go into shocked survival mode, depriving the extremities of blood which is needed to swim back to safety. There are places in Scotland where wild swimming is allowed, but always check with the local authorities first.

How to get there?

Ness is more or less central to Scotland, a great slash running across the country, and it is readily accessible from Glasgow, Edinburgh and Inverness. Planes fly into the two former sites, while all three have excellent public transport offerings including comprehensive bus and train services. However, by far the easiest way to get around Scotland is by car as this allows you to take your time travelling between destinations, perhaps lingering to explore along the way. The only downside of driving yourselves is if you take a tour at one of the many whiskey distilleries that dot the country: one of you will have to take one for the team and be designated – non-drinking – driver!

What to pack for your visit to the loch? 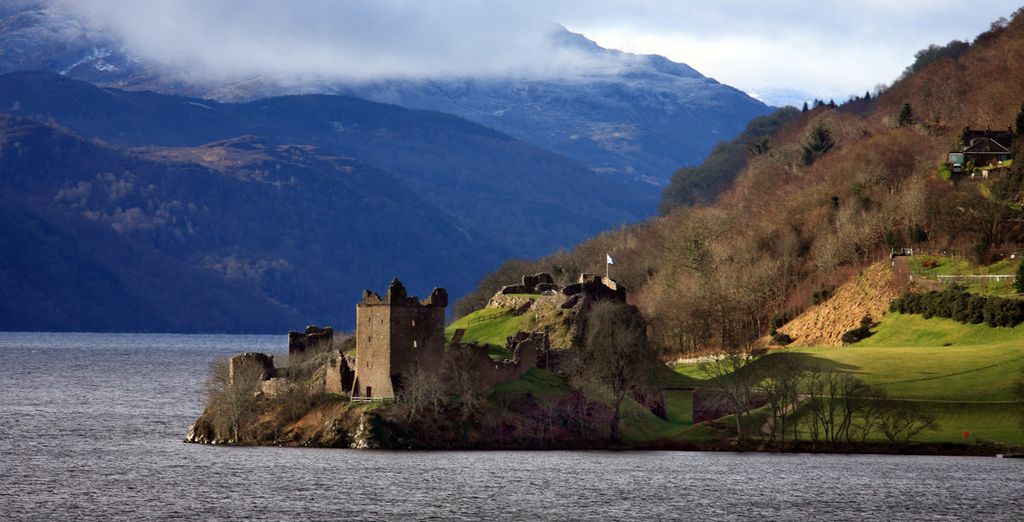 Scottish weather is nothing if not changeable. While there can be beautifully warm balmy days when the sun shines all day and you can explore and tour to your heart's content, there can also be entire weeks seems to do nothing but rain! As the Finns and Canadians have it: there is no such thing as bad weather, there is only bad clothing, so make sure you are prepared for whatever Scotland has to throw at you.

A waterproof jacket, preferably with a hood, should be with you at all times, and in spring and autumn perhaps even have a choice of two or three, so one can be drying off while you use the other. Umbrellas should probably be avoided as they tend to be swept inside-out in the strong winds that accompany rain showers, but sun cream and sunglasses will come in handy in summer when the breeze can prevent you from realising just how sunburned you are getting. Bring plenty of layers so you can adjust your dress to the temperature, and a thick coat for those colder situations: being on a boat, being out after dark, or climbing one of the many mountains of Scotland.

While there are plenty of well-advertised walks, hikes and climbs, make sure you familiarise yourself with the symbols on the signs near the slopes. They are usually marked in two categories: bogginess and difficulty of climb, with, in both cases one symbol meaning low risk or an easy climb, and three meaning that anyone except an expert should perhaps leave it in favour of an easier climb. If you are a keen climber, ensure that you have proper walking shoes or hiking boots: you will soon regret it if you take a chance on climbing in casual shoes.

Even in mild weather a trip or fall in one of Scotland's more remote areas (halfway up a mountain, on the shore of the loch some way away from exit paths, and so on) can quickly turn from a mild inconvenience into a potentially life-threatening event if you end up immobilised in a mobile phone dead zone: which can happen. Ensure that people know you are on your way, and what time you expect to be there: in this way the alarm should be raised promptly in the rare event that you are stuck.

What are the prices for the Loch? How to buy tickets?

Prices can be very high because of the area's tremendous popularity with tourists, although, with a bit of exploring it is possible to find more reasonable prices in off-the-beaten-track pubs and eateries. Most tickets can be bought online, prior to your visit, or they can be purchased on the door without much different in the pricing of the two. Some attractions double up entry fees, so you only pay once and gain access to two or even three sites.