The complete travel guide to Sweden

A land of stunning natural vistas and a unique sense of style, Sweden is the perfect destination for an uninitiated traveller looking to experience Scandinavia.

The clean, progressive cities are some of the most design-literate in Europe, brimming with gorgeous architecture, exceptionally stylish interiors, and classic scandi minimalism. The capital, Stockholm, is a diverse metropolis where simplicity and practicality go hand in hand.

If you’re looking to get away from the craze of urban living, then Sweden is one of the best places in the world to make your escape. With one of the lowest population densities in Europe, the country is full of opportunities to leave the city behind and soak in vast, glimmering lakes, snow-capped mountains, and unspoiled archipelagos. The sense of freedom and solitude in this country is unmatched by almost anywhere in Western Europe.

A wild yet tranquil paradise, Sweden has something to offer travellers of all appetites!

Top 10 things to see and do in Sweden

Visit Abisko for an unforgettable, yet easily accessed arctic adventure! Come for the aurora borealis in the winter or some of the best hiking in Scandinavia in the summer.

One of Europe’s true historical gems, Visby is the best-preserved medieval settlement in Scandinavia. Ramble about this picturesque town and soak in centuries of history.

Situated on the island of Lovö, this incredible palace is a UNESCO World Heritage Site and just a short trip from the centre of Stockholm.

A 15-minute drive from the centre of Malmo, the staggering Oresund bridge is a marvel of European engineering and connects Sweden with neighbouring Denmark.

Dating back to the Viking era, Sigtuna is a truly idyllic Scandinavian village, nestled in the sprawling rural beauty of the Uppland region north of Stockholm. 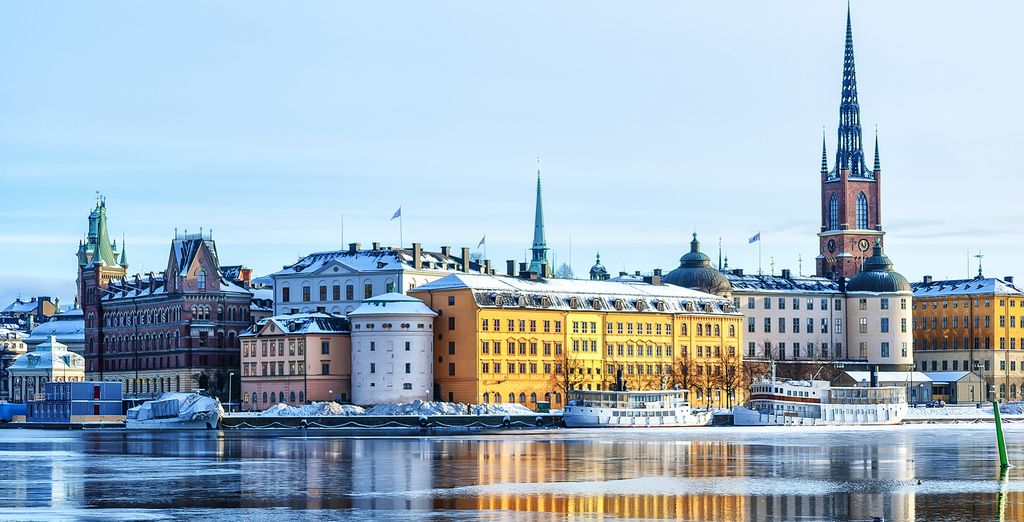 An imposing structure dating back to 1080, Lund Cathedral is one of the most beautiful and well-preserved churches in Sweden.

A hugely popular attraction for travellers with families, this theme park near Gothenburg is a day out the whole family can enjoy.

Made up of 30,000 islands, the Stockholm Archipelago makes for a wonderful escape from the bustle of the city.

If you’re looking to find out more about Stockholm and Sweden as a whole, be sure to make this hugely popular museum your first stop!

When to visit Sweden?

The best time to visit Sweden all depends on what you want from your trip. The autumn is the cheapest time to travel, with prices peaking in the summer (May-August) and the skiing season (December-February). Bear in mind that temperatures regularly drop below freezing in the winter, which can make excursions difficult. If you want to move freely from bustling cities to tranquil lakes, the summer is the best time to make your trip, with temperatures reaching 25°C.

How to get to Sweden?

Flying to Sweden is convenient and manageable from various places in Europe. Here are flight times to Stockholm from major European cities:

If Sweden is just one stop on a larger European trip, an Interrail or Eurail pass could be perfect for your needs. Sweden can be reached by train from Germany, Norway, and Denmark.

For a slower, more scenic route, those travelling from the UK can take a ferry from Dover, Harwich, and other ports, then drive into Sweden via other continental nations.

Which hotel to choose in Sweden? 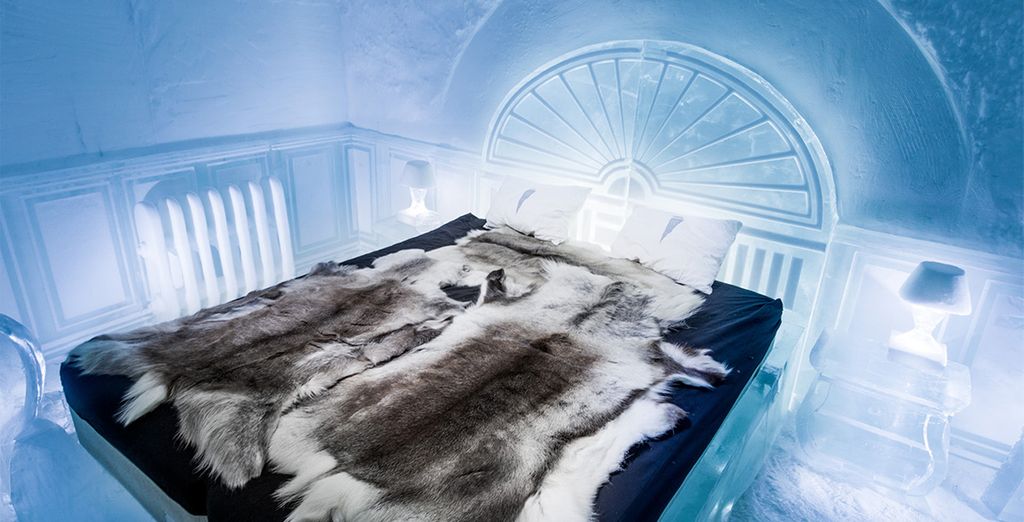 Just around the corner from Stockholm’s bustling metro station, the Clarion Amaranten is a high-end, glass-façade hotel a stone’s throw away from the Ericson Globe Arena. The lavish, modern rooms come equipped with free WiFi, minifridges, and flat-screen TVs. Suites and family rooms with extra amenities are available, and room service is on-hand 24/7. Guests can enjoy a delectable breakfast buffet with a wide selection of local and international foods.

Located in the heart of Stockholm, the new Downtown Camper by Scandic Hotels boasts a prime location for some of the best dining, shopping, parks, venues, and museums in Sweden’s famous capital. The hotel does an excellent job of capturing the simple chic of Stockholm. You’ll love the modern and minimalist décor with its distinctly Scandinavian flair of style. With a restaurant, bar, and activity room, the Downtown Camper makes a wonderful home away from home during your Swedish adventure.

An experience no traveller will easily forget, the Ice Hotel in Jukkasjärvi is the world’s first hotel made of ice and snow. It was first constructed in 1989 and is re-created with a different design every winter in a project involving esteemed artists from all over the world. The 60 rooms of the Ice Hotel are separated into “cold” and “warm” – the warm rooms being a part of the neighbouring Kammos Hotel in traditional wooden chalets. Its restaurant boasts delectable dishes made from local ingredients, and everything in its unique Icebar, including the glasses, is made entirely out of ice from the Torne River.

Culture and festivities of Sweden

As a European Christian nation, Swedish holidays are much the same as the ones you’re used to, with Easter, Christmas, and New Year’s Day all celebrated on the same dates.

The country’s national day is June 6th. Though different areas celebrate it to different degrees, if you’re staying in or near a city there’s sure to be some public events nearby. Large inner-city parks often host national day festivals with traditional dancing, music, local food and drink, and more.

Swedes also celebrate Midsommar (midsummer’s eve) in the middle of the year. Though this is generally a private family affair, it’s far from impossible for a curious traveller to bag themselves an invitation to a Midsommar meal. Many locals in and around the Stockholm archipelago host dinner parties outside, where friends and family come together to enjoy traditional Swedish meals of herring and dill potatoes.

The map of Sweden

Our practical advice for Sweden

What to bring back from Sweden

There are many delightful souvenirs you can bring back from Sweden; from minimalist scandi utensils and silverwork to decorative Dalecarlian horses. You’ll also be able to find a range of traditional Sámi crafts - made or inspired by one of the last remaining indigenous peoples in Europe. If you find yourself stuck for ideas, the go-to Swedish souvenir will always be a pair of handmade clogs.

What currency to use?

The Krona is the official currency in Sweden, sharing its name with the currencies from many other Scandinavian countries. Travellers will have no problem finding ATMs throughout towns and cities. Visa, American Express, Diners Club, and many other major credit cards are accepted throughout the nation.

What is the time difference?

Sweden follows central european standard time, so is one hour ahead of GMT.

What language is spoken in Sweden?

Sweden’s official language is Swedish, spoken by the vast majority of the population. However, English is also widely spoken, and non-Swedish-speakers should have no problem making conversation with the locals. Swedish Finns speak Finnish, and make up the nation’s largest minority in terms of language. Other officially-recognised minority languages include Sami, Yiddish, Romani, and Meänkieli, though visitors may be hard-pressed to find locals who are fluent in these.

Sweden has a highly developed transport infrastructure, and the uninitiated visitor should have no problem navigating its trains and buses. Ferries are also common due to the large amount of lakes and islands. Rental cars are available in built-up areas, but it’s worth noting that cars have to pay congestion taxes in Stockholm and Gothenburg.

What to pack for your holiday in Sweden

If you’re visiting Sweden in the summer, you don’t have to worry about any specialist packing, although the mosquitos can get pretty vicious when you’re out in the countryside! The winters, however, are a different story. Travellers are advised to bring a high-quality, waterproof jacket and thermal layers to wear underneath your normal clothes, along with the standard hats, gloves, and scarf you’d wear in the peak of winter in the UK. It’s also a good idea to take moisturiser with sun block, as the cold can be very harsh on your skin, and the combination of snow and sun can easily leave you sunburned.

How long to stay

Of course, the length of your Swedish adventure depends on how much you want to see and do! However, the unfamiliar traveller looking to get a genuine, memorable taste of the country should be able to experience everything they want in one or two weeks. 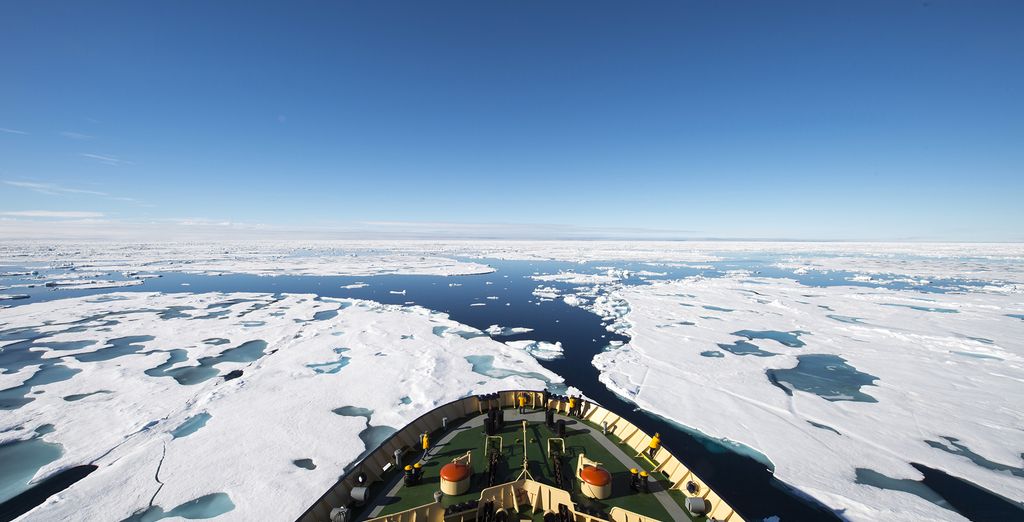 If there’s one thing Sweden is good at, it’s seafood! During your trip, be sure to try a traditional Smörgåsbord, complete with pickled herring. This classic scandi buffet is usually made up of meatballs, mini sausages (prinskorvar) and cured salmon, with a wide range of garnishes and flavourings to sample. Traditional sides include rustic breads, dill potatoes, sour cream, and occasionally boiled eggs.

For something a little more contemporary, try a university tradition of yellow pea soup and Swedish pancakes. To this day, many Swedish students swear by this meal, being both tasty and easy to cook. On the university campuses, the meals are usually paired with ever-popular Swedish snaps. To really make the most of your experience, try to find pancakes served with locally-sourced cream and jam.

For dessert, every visitor should make a point to try a long-standing national favourite: princess cake. Princess cake (commonly known as “princess torte” in Sweden) is a traditional layer cake made of sponge cake and jam, topped with a thick layer of whipped cream and green marzipan. The cakes are often decorated with a pink marzipan rose. You don’t have to wander far around any city centre to see one of these distinctive green cakes in a bakery window, and though it might be a little rich for some people’s tastes, there’s no treat quite as Swedish as princess cake!

Like other European nations, Sweden’s major cities have a wide selection of cinemas, zoos, amusement and water parks suitable for kids. Grona Land theme park, Skansen’s Aquarium, and the Swedish Police Museum are all family favourites within Stockholm.

However, for an experience you can’t get anywhere else, be sure to make some time to enjoy Sweden’s excellent opportunities for water sports. Full of lakes and Archipelagos, you’ll find it easy to rent canoes, kayaks, and other water sport apparatus from various establishments throughout Sweden.

Ski trips can also be great for families. In central Sweden, Idre Fjäll, and just outside of Stockholm, SkiStar Hammarbybacken, rank among the nation’s most popular resorts.

Sweden: what budget to plan?

Though it’s beautiful and fascinating, Sweden isn’t the cheapest country in the world to visit. Its consistently stable economy means that the Swedish Kroner is generally strong against many of the world’s other currencies. For mainly urban trips without too many excursions, we recommend you budget £80 (roughly 910 SEK) per head per day. Of course, like any destination, you’ll find many ways to save money with the proper research.

With its relatively low population, Sweden boasts some of the most diverse and beautiful flora and fauna anywhere in Europe. The countryside is home to elk, lynxes, bears, wolves, and wild boars among other animals. The forests come alive with colours throughout the spring, and the summer is a great time to go blueberry picking in rural areas throughout the country. This is a traditional family activity Swedes adore, and something you should certainly make time for during your visit! If you’re travelling to more northern, mountainous areas, you’ll also be able to soak in the colours of many beautiful wild flowers. Mountain avens, alpine gentian, alpine butterwort, and glacier buttercup are just a handful of the breath-taking wild plants you can find in Swedish Lapland.