The Best Time to Visit Peru

The best time to visit Peru

Peru features highly on many people’s bucket lists and is well worth including on yours. With its natural wonders and vibrant cities, it is a thrilling destination that has something to offer every kind of traveller.

Peru is situated on the western coast of South America, and its diverse climate can be divided between the semi-arid coastal region, the forested eastern lowlands and the Andes mountain range. The wet season lasts from October to April, while the dry season falls between May and September. However, Peru has something spectacular to offer all year round – you just need to know where to go and prepare for your trip accordingly.

Peru’s coastal plain is the driest of the country’s regions, with little rainfall throughout the year. Temperatures rise during the peak summer months of December and March. But they settle and become balmier between April and November, when light mist can often descend on the capital city, Lima.

Thanks to the low rainfall, you can enjoy the coast all year round – whether you want to soak up the sun on a beach or explore Lima's spectacular Spanish Baroque architecture. You can expect temperatures in the mid-high 20s in high summer, making it the perfect time to relax. Temperatures drop to between 15 and 20 degrees from June to September. Although the weather is not ideal for sunbathing during those months, it is still warm enough to soak up some culture in Lima's UNESCO-listed historic centre.

Besides Peru’s capital city, the coastal plain offers much more if you adventure further south. Along the coastline, discover the city of Pisco, or even venture inland to the famous Nazca desert, home to the colossal Nazca Lines. These mysterious geoglyphs, which depict everything from humans to animals and flowers, have remained preserved for centuries thanks to the area's high temperatures and low rainfall.

The best time to visit the mysterious Andes 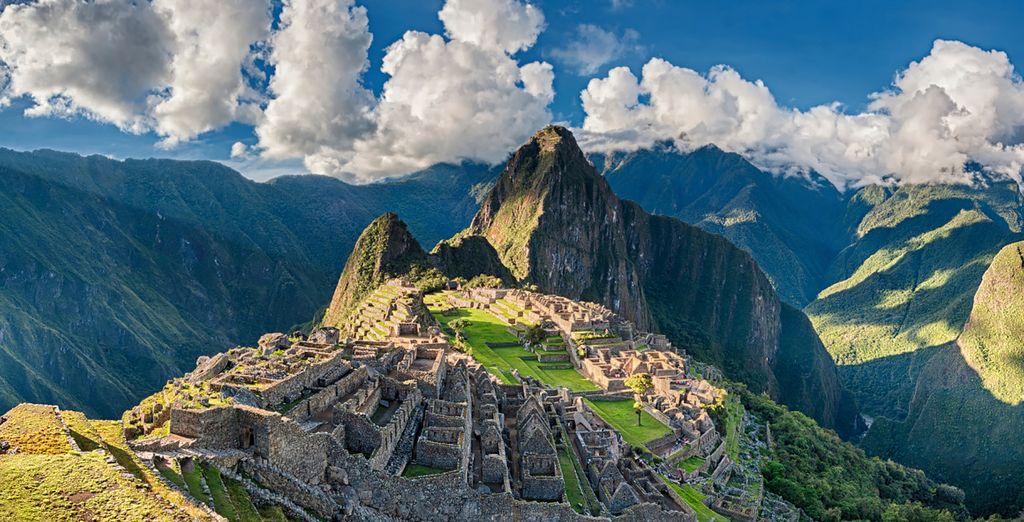 Peru is perhaps most famous for the wealth of rich cultural sites and natural wonders that can be explored in the mountainous Andes region. Join other travellers, who flock here from all over the world, to experience the extraordinary cloud forests – home to hundreds of rare animal species. Spend some time in these majestic mountains, and you may be lucky enough to spot the iridescent turquoise flash of a spatuletail, or the yellow-tailed woolly monkey, found only here.

The Andes are also a wonderful place to learn more about Peru’s indigenous cultures, including the famous Incas. Take the opportunity to visit Machu Picchu, one of the most recognised archaeological sites in the world. The breathtaking ruins of this vast Inca complex, which dates back to 1450, perch 2,430 metres above the Sacred Valley and overlook the ribboning Urubamba river.

Machu Picchu is best visited in the dry season, which lasts from May to October. Although this is technically the Peruvian winter, the mountains enjoy warm, clear days with lighter mists and better visibility. It is generally better to avoid Machu Picchu in the rainy season when the hiking trails can become treacherous due to the increased rainfall. And if you are hoping to hike along the famous Inca Trail, avoid February, when the path is closed.

The dry season is also the best time to enjoy Cusco, the closest major city to Machu Picchu. Once the heart of the Inca Empire, Cusco's Spanish colonial architecture is interwoven with the ruins of Incan palaces and temples.

Peru’s beautiful eastern lowlands, also known as 'Amazonia', exhibit a completely different climate to that of the western coastal regions. Found to the east of the Andes, these rolling foothills and valleys are thickly blanketed with rainforests and cloud forests. Hot, humid conditions and frequent rainfall are the norm here all year round, making it an ideal habitat for lush tropical plants and rare animals. In fact, Peru is one of the most biodiverse countries in the world. Keep your eyes peeled and you may just spot a sleepy jaguar draped across a branch, or a capybara relaxing by the river.

As with the mountains, the rainy season here lasts throughout the summer months, peaking between December and March. Temperatures remain high, however, and the humidity in the rainforests is broken only by these downpours. The winter season from May to November is drier by comparison, though showers are still common, and temperatures are only slightly lower. Winter is the best time to experience the rainforest, and this is also a good time to combine your visit with the Andes, as the weather in both regions tends to follow similar patterns.

The Peruvian calendar is packed with festivities and public holidays, so it is worth planning ahead to join in the celebrations. Here are some of the most popular events:

Packing for your trip to Peru