The Best Time to Visit Nepal

When is the best time to visit Nepal?

Nepal is famous for its ancient temples and monuments, delicious cuisine, and soaring mountains – which cover a staggering three-quarters of the country. In the midst of the Himalayas is Mount Everest, the highest mountain above sea level on Earth. With one glimpse of these towering peaks, it is clear why Nepal is considered a paradise for trekkers. 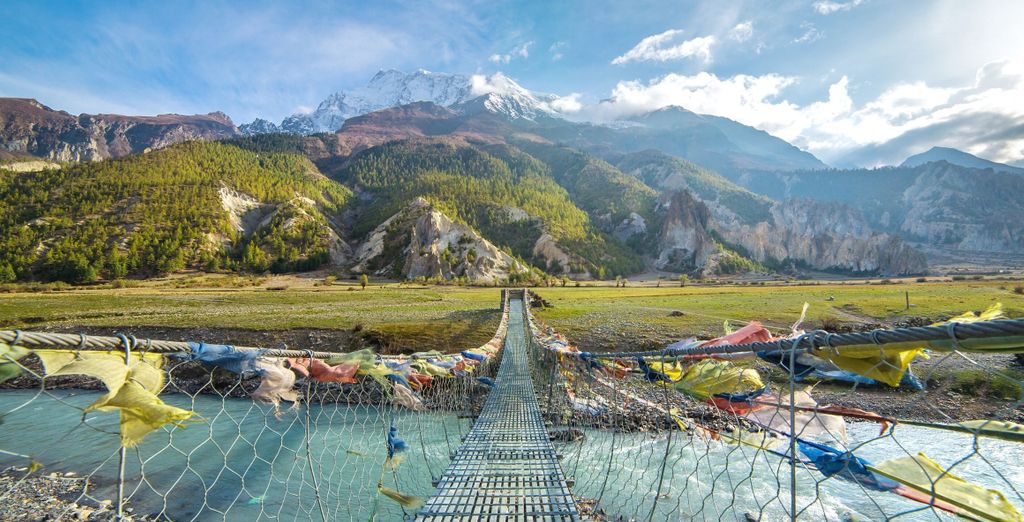 Landlocked Nepal is divided into three geographical regions: the Himalayan region, the mid-hill region and the Tarai region. The country's altitude varies from just 60 m above sea level on the country's plains to 8,848 m at the top of Mount Everest.

Nepal's climate also changes throughout the year, so when planning your trip, bear in mind what you want to do when you get there. Variations in altitude also mean that temperatures differ wildly from region to region. The low-lying Tarai region in the south of the country has a subtropical climate. The mid-hill region further north has a more temperate climate. It is home to beautiful valleys, and altitudes start at around 700 m. Then, there is the chilly mountainous region, beginning high up at 3,000 m. Here, alpine pastures and temperate forests give way to snow and cold deserts. This is also where you will find Mount Everest, the most famous mountain in the world, as well as seven more of the world's highest peaks above 8,000 m.

As a general rule, the months between October and December are considered the best time to visit, as you will be rewarded with blue skies and fantastic views, and of course, stunning photos. By May, temperatures can rise up into the thirties, bringing humidity in their wake. The monsoon season arrives in June and lasts until August, with heavy rain to be expected daily in July and August.

The best time for hiking in Nepal 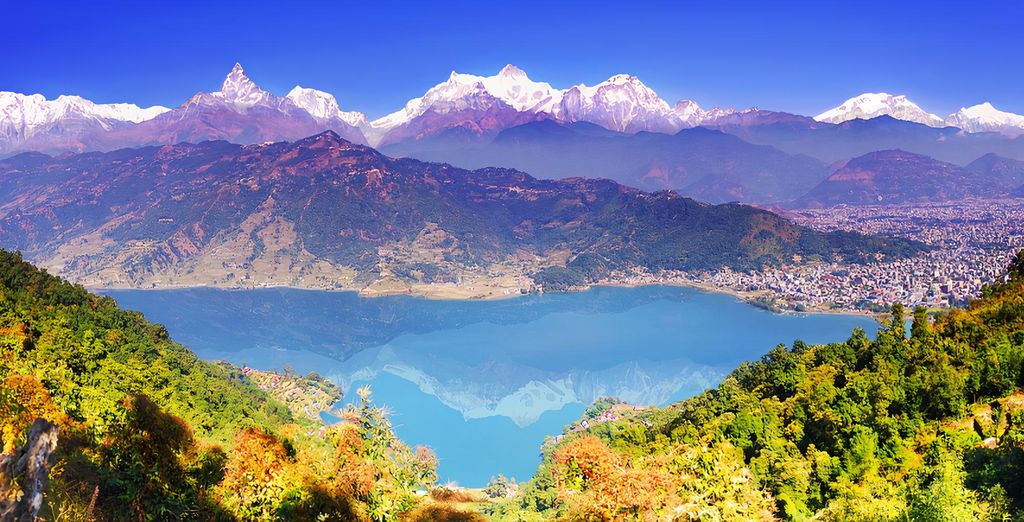 Nepal is the world's leading destination for trekking, and home to some of the most diverse trails on the planet. There are routes for all levels of walkers, including for families, via subtropical plains or craggy peaks.

When you travel to Nepal, expect regional variations in climate. Begin by deciding where to go, then explore the right time of year for your destination. In general, autumn and spring are the best seasons for trekking at high altitudes. This way, you will avoid the freezing temperatures of winter and the heavy downpours of the summer monsoon. Spring is also the time when Nepal's valleys and forests fill up with brightly coloured flora, including the country's national flower – the pink rhododendron.

January and February can be extremely cold, but wrap up warm and you can still head out on a low-altitude hike. The monsoon season can be challenging, with the risk of flooding and landslides. However, with the exception of the Himalayas, it can still be a good time to visit. The season's heavy rain showers are interspersed with bright, hot sunshine, so you should still be able to continue your trek. This is also the time of year when travel and accommodation costs are lower, all of which means there are fewer people visiting too.

The best time for wildlife-spotting in Nepal 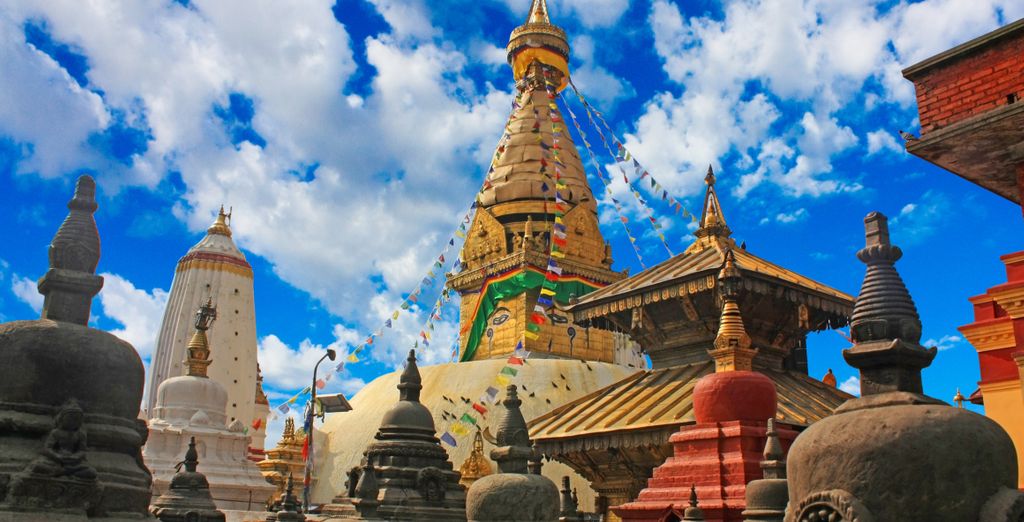 Nepal is home to a dazzling array of wildlife, and you will find different species in its varied regions. In the dense jungles and green national parks of the subtropical south, keep an eye out for rhinos, elephants, tigers and crocodiles, as well as monkeys, antelopes and wolves. Here, the best time for wildlife spotting is the autumn, thanks to the dry weather, low humidity and clear visibility. It is best to avoid the summer, due to the monsoon rain that will cause animals to shelter (as you might want to) behind the newly lush greenery.

In Nepal, there are around 160 wetlands, of which nine are designated as areas of international importance. These swamps, marshes, lakes and ponds are the backdrop to an array of flora, as well as wildlife including leopards, turtles and a variety of birds. In the Narayani and Karnali rivers, you might be lucky enough to encounter the playful Ganges river dolphin.

You have a good chance of seeing the common leopard, spotted deer and the furry Himalayan tahr, as well as the glossy Nepali kalij pheasant. Up in the Himalayas, look out for the elusive snow leopard and the shy red panda, even if they do their best to avoid you.

The best time to visit Nepal for festivals 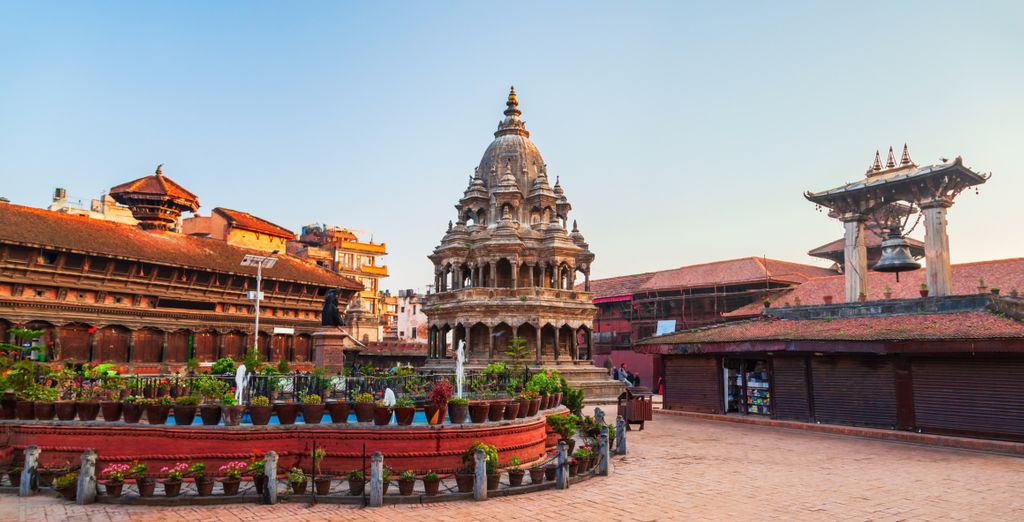 Nepal is also famous for its vibrant festivals. If you make the time to go along, you will be rewarded with a glimpse of the local culture and an opportunity to meet the friendly locals.

Dashain, which takes place over two weeks in the early autumn, is the country's longest festival. Discover the traditions of the Nepalese, who give thanks for their harvest to Durga, the Universal Mother Goddess. For example, they mark their foreheads with red rice as they visit temples and shrines, and sacrifice buffalo, rams and ducks. Join in the festivities by listening to live traditional music, watching kite flying and processions, and indulging in feasting and rejoicing with the locals.

The country's mountainous landscape lights up during Tihar. This is a five-day festival of lights that takes place in November. Locals light their homes with candles and oil-wick lamps to encourage Laxmi, the Goddess of Wealth, to call in for luck and prosperity.

Girl power reigns at Haritalika Teej at the end of the summer, a three-day festival for women. Dressed in vibrant red saris, women of all ages who have been fasting for 24 hours, sing and dance to folk music. Tradition has it to ask Lord Shiva for his blessings, and the unmarried women make wishes to him for a good husband.

Finally, another famous festival, specific to the Kathmandu Valley, is Indra Jatra in September. Locals celebrate when Indra, the King of Heaven, came down to earth. If you want to find out the full story, look out for lively outdoor religious enactments. Then watch masked dancers and a procession whirl through the city's streets.

What to bring to Nepal

For your trip to Nepal, be sure to pack the following essentials: